The Frontier Works Organization proposal was the lowest, according to RDA Chairman Tariq Mehmood Murtaza, and was over $300 million less than the estimated cost. The financial and technical bids were opened in front of all related officials by RDA, and the financial bid was given to FWO.

He further stated that FWO should provide security in the amount of $1.14 billion in the form of cash, stamp paper, or a bank statement within 15 days of the letter’s issuance.

According to another source, the Punjab government has granted Rs 4 billion for the Ring Road project, and the RDA would also contribute Rs 3.5 billion to FWO for machinery mobilization. After the acquisition of property totaling 8,992 kanals, from which half have been equipped, in the region between Banth and Thalian Interchange, work on R3 is expected to begin next month.

FWO has also demonstrated its ability to efficiently complete work on Pakistan’s mega-projects. As a result, the Ring Road’s completion will now take two years. The road has 3 interchanges, including Chakbeli, Adyala, and Chakri Interchange. Moreover, 10 overhead bridges and 3 flyers are also included.

According to RDA sources, a Chinese group visited RDA on Wednesday in order to collaborate on the Ring Road and Nallah Leh Megaproject. Following the meeting, Chairman RDA conveys his feelings, saying that China has never abandoned us and has always backed us in our times of need. Their assistance for Pakistan can be seen in the new Islamabad Airport, CPEC, and Covid 19.

A game-changing project for Rawalpindi/Islamabad was announced in 2018, but owing to political incompetence and corruption, it became a long-awaited project, with construction to begin next month under the supervision of the Frontier Works Organization.

The project was just proposed to improve the economic connectivity and road transportation within the city. The project has a number of benefits for twin cities citizens as a great space for investors and businesses.

The project is aligned to the Lahore Islamabad Motorway and passes through the rural areas of Rawalpindi such as Rawat, Soan river, Adyala Road, Chakri Road, New Islamabad Airport. According to the stats, 22 housing societies are built around this project, and the prices of these areas are at their peak.

The R3 project starts from Channi Sher Bridge near Banth and will end at Thalian Interchange. It includes 3 interchanges, 10 overhead bridges, and 6 flyers.

When talking about benefits, citizens of twin cities will get rid of high traffic within the city, especially heavy traffic due to which traffic blocks for hours. Now heavy traffic will be redirected towards Ring road without entering the city. Another advantage for this project is the establishment of economic and industrial zones on both sides of the road that will be beneficial for investors and will be a great source to end unemployment. 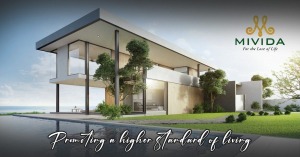 Rohtas Marketing, a leading Real Estate Company in Pakistan that was formed keeping in mind to cater the growing needs of the real estate market and is positioned to make property transactions easy and transparent.

Please enter your username or email address. You will receive a link to create a new password via email.